Streaming services are brilliant examples of data storage, particularly for those of us that grew up having to record our favourite films onto VHS tapes. In the ‘80s, lots of households had shelf space or even whole cupboards filled with these legacy storage devices. Looking back now, it’s amazing to think how much time was spent labelling, organising and simply finding things to watch.

Today we have services like Netflix giving us content at the touch of a button. Its library is also tailored to the end-user, with algorithms based on their preferences offering up suggestions to save time. These are the basic principles currently being applied to video surveillance, where companies like Wasabi use cloud storage and data analytics to give us the whole picture.

When talking about video surveillance it’s easy to think of security and crime prevention, but there’s more to it than that. In 2019, the world’s video surveillance systems were generating more than 2,000 petabytes of data every day, according to MarketsandMarkets. Each frame captured can provide unique insights and valuable information. And this data can be collected and analysed with cloud computing services that enable all kinds of functions from facial recognition to traffic monitoring.

What can we do with video surveillance data?

Although CCTV cameras have been around for over 50-years, it’s only recently, with the adoption of cloud computing and IP video (video over internet protocol), that we’ve seen more use cases beyond security. By mixing the technologies together and adding analytical functions to camera software, organisations can find more insights, and ultimately more value, from the footage they capture.

Video analytics is about recognising temporal or spatial events in a video and we can do this with artificial intelligence software that’s been trained to identify and analyse images. Machine learning is used to tag objects, movements, patterns and so on to the point that it can flag changes or moments of interest. For example, traffic cameras have software that can identify road signs and also capture number plates, so if a car breaks the speed limit of the zone, the camera automatically registers the licence plate of the offender.

There are many different use cases for video analytics across a range of industries, such as retail environments, casinos, factories and even whole cities. For example, footfall monitoring systems are used to measure the flow of people to and from specific areas. These systems count people coming and going and also list the times they do with the aim of finding when traffic is at its peak. Similar systems are used by Transport for London to measure things like rush hour travel or if a platform is in danger of becoming overcrowded.

Other forms of spatial imagery include heat mapping, which is a visualisation of data with different colours denoting variations in temperature. There are many versions and use cases for heat maps, but they can also be applied to the monitoring of people. Some retail companies use heat maps to identify which parts of their stores are most popular with customers.

Facial recognition might be the most controversial use case, particularly given its impact on data privacy, but it is only one of a number of purposes to which law enforcement puts video surveillance. Of particular interest is the use of body cameras, which are now worn by most officers. These capture data for cloud-based evidence management systems and, as we’ll see, can lead to mounting costs that turn data storage into a burden for organisations.

Like those days of recording on VHS tapes, there is only so much on-premises space in which a company can store its video surveillance data. The issue is compounded by the fact camera technology advances more and more each year. High-resolution images mean more data, because the better the camera the more detail it captures, which in turn can be more easily recognised by the software. This constant capture of data presents organisations with a choice: to either blow the budget and pay for more cloud storage or, like VHS tapes, simply delete stored data and record over it with new data.

However, immediate deletion is not always an option. Organisations strive for a particular retention period for surveillance footage – for instance, 30 days before deletion – and may find themselves pinched between these goals and mounting storage costs. In the case of law enforcement agencies, this retention is legally mandated and is likely to far exceed the periods that private companies aim at. Information collected from body cameras and surveillance footage can’t simply be deleted or discarded as it may become important later on, such as for evidence at trial or as an investigation unfolds.

Airport security teams are also burdened with similar guidelines that require video footage for events, such as thefts of passenger fights, to be stored for seven or more years. An incident at an airport can be captured on multiple cameras and played out over a prolonged period, and that is a significant amount of data to hold in an on-prem facility or a costly undertaking if you opt for a third-party cloud provider’s service.

A hybrid cloud environment, which mixes both on-premises and cloud storage, could be the solution. Organisations get more choice for where they keep their data, whether it’s needed regularly, or instantly, or if it hasn’t got an immediate use. A good example of flexible cloud storage is Wasabi’s Hot Cloud service which is a universal, one-size-fits-all object storage hub. It takes away tiers and classifications and treats all data the same, allowing it to be readily accessible, whether it’s “hot” or not. It costs less than traditional cold storage services – and doesn’t levy egress fees – but it’s also much faster than using frequent-access storage.

Not all data is created equally, according to Wasabi, but that doesn’t mean it shouldn’t be readily available and, more importantly, affordable. When it comes to surveillance, this can make all the difference. 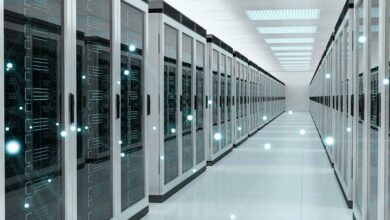 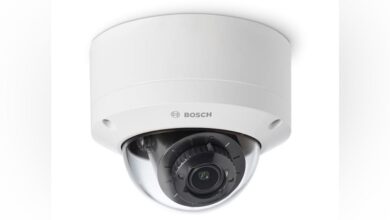 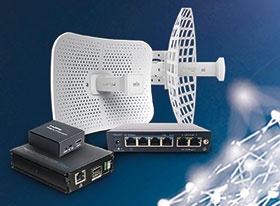 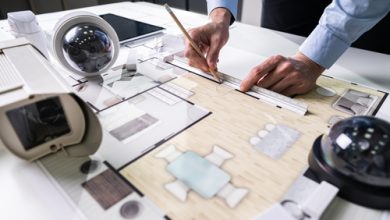 Factors to Consider When Designing a Business Video Surveillance System