Portable smoke detectors could be the difference between life and death on your summer vacation this year.

ST. LOUIS — Let’s be honest, how many people check their hotel rooms, or Airbnb’s for smoke detectors when they walk in?

Firefighters told 5 On Your Side, not nearly enough.

Portable smoke detectors could be the difference between life and death on your summer vacation this year.

We spoke with Ron Siarnicki, executive director of the National Fallen Firefighters Foundation.

“There are about 2,600 Americans who die in home fires every year and the majority of the time, there is not a working smoke alarm in the house,” he said.

Smoke detectors save lives, and they’re not always found – or functioning – in your vacation spot.

“I think it’s important to travel with one, especially if you’re going to the ever-popular Airbnb’s,” said Dennis Jenkerson, chief of the St. Louis Fire Department.

“The codes and standards across the globe are different and so people end up going to facilities that may not have working smoke alarms or a sprinkler system,” he said.

Check for working smoke detectors in your home and when you’re away.
The goal is to keep your family safe and do the same for our first responders.

Fire response calls are spiking in St. Louis and we’re told firefighters are trying to keep up with what’s turning out to be a very busy summer season.

“Because of the hot spell we’re having, we’re seeing a few more electrical fires. They’re not exactly electrical fires but their electrical overloads,” Chief Jenkerson said. “We see quite a few calls with power strips… everybody is plugging in the extra fans and air conditioners and they’re not made to keep up with that much electrical draw. So, they start melting down and we have fires going off on that.”

The department is getting more calls for indoor cooking fires as well.

Both Chief Jenkerson and Ron Siarnicki said, with kids out of school and spending time staying with close friends and family, parents should consider packing a portable detector with their child for sleepovers.

“You know, it’s a tough question for a parent to ask a neighbor, ‘Hey, do you have a working smoke alarm in your house?’ But the value of your child and the importance of your child’s safety is worth asking that question,” Siarnicki said.

If you do pack a portable smoke detector for a stay away, here are some tips:

When you’re ready to set up your portable smoke detector, remember these tips: 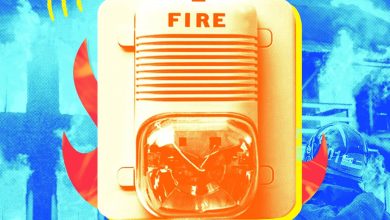 How IoT is Changing Fire Safety 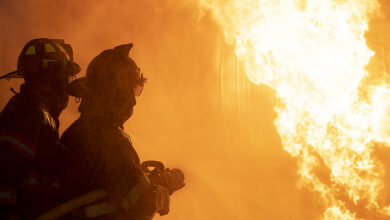 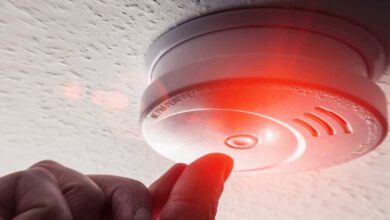 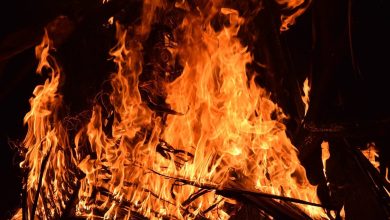